The difference between visualizations and infographics.

All that glitters is not gold, and not everything that looks pretty is an infographic. For example here’s a visualization of my recent connections on Twitter using mentionmap: 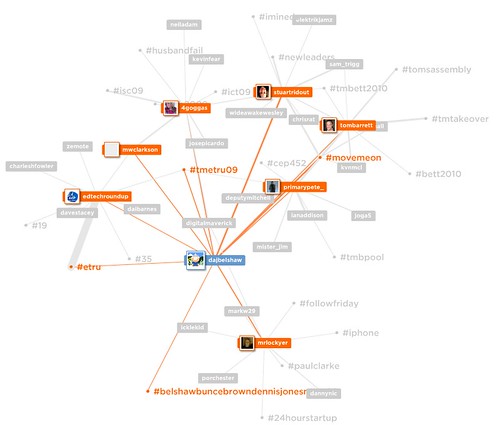 This looks good but isn’t very really very revealing. I’m well aware that I’ve been tweeting about tomorrow’s EdTechRoundUp TeachMeet (#TMETRU09) and with the people featured in orange. That’s why this is a visualization. It’s a pretty rendition of stuff I already knew.

TweetStats, however, produces something more revelatory: 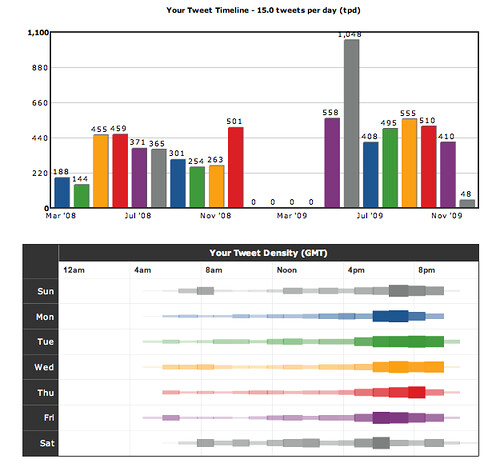 We’ll ignore the fact that the service has mis-reported early 2009. 😉

What’s interesting is that this reveals something. It shows when I tend to tweet, how often I’ve done so in various months. There are other graphs beside these that give other interesting details.

Herein lies the difference between visualizations (uses non-numerical, qualitative stuff to represent something already known) and infographics (uses quantitative data to show or reveal something new).