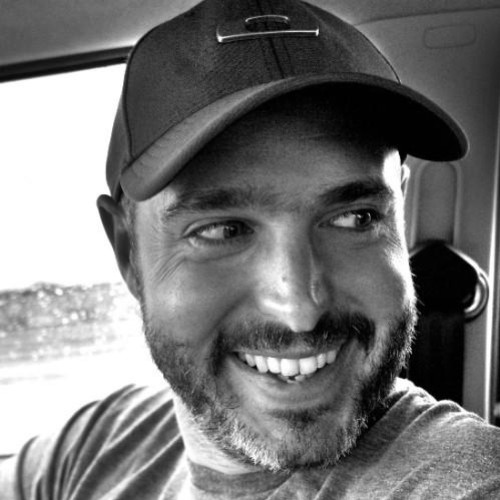 I'm Doug Belshaw and I want to warm us all up by watching this...

We live in the world of the remix!

Five years ago, if you'd shown most people the words on the next slide they would have thought you were speaking gibberish. Some of you may still see it as that!

This is the procedural end of the spectrum of digital literacies.

It's similar to reading a book. When you take the book away you can focus on just how many pre-literate behaviours there are - which way up the book goes, turning pages from left to right, chapters, the index, page numbers, etc. I used to teach History. Lots of the detective skills you need for History you also need for digital literacies. But what do we mean when we add a prefix to literacy like 'digital' literacy or 'media' literacy or even 'health' literacy?

I came across this tweet last year whilst I was writing my thesis. It made me laugh. Are we just trying to make an area in which we're interested sound more important? No, I don't think so. This is my grandmother. She's 89. You can see the iPad next to her. Even though tablet devices are several orders of magnitude easier to use than traditional desktop computers she has literally no idea how to use it - either on a procedural or conceptual level. Additionally, she is of a generation where she has had the choice whether or not to use such devices. She can choose if she wants to level up in digital literacies. It's an interest-based thing for her. That's less and less the case for people younger than her - and almost impossible for my children.

Digital literacy is a condition,
not a threshold.

My grandmother has chosen not to self-identify as someone who is digitally literate, and that's because digital literacies have to do with identity. As Allan Martin said back in 2006, digital literacy is a condition (a way of being) not a threshold to cross. There'll always be new tools and concepts for us to learn in the digital realm.

So we can get people to level up in their digital skills by encouraging them to follow the trajectory suggested by Beetham & Sharpe (2009) - moving from access through to attributes. The top of the pyramid involves the individual reflecting on the fact that they are digitally literate. My doctoral thesis (on a wiki)

neverendingthesis.com
I wrote my doctoral thesis on digital literacies. It seemed like a very confusing world and I wanted to be able to provide some guidance to educators, something they could get their teeth stuck into. I wrote the entire thing out in the open, getting lots of feedback from unexpected places along the way. I've donated it to the public domain under a CC0 license. I'll come back to that idea of openness later. Instead of coming up with one definition to rule them all, which is a futile task, I decided it would be better to come up with the 'essential elements' of digital literacies - those things that are common to most, if not all, definitions of digital literacies. So here we are, when I reviewed the literature around the world I found the following elements: 1. Cognitive 2. Constructive 3. Communicative 4. Civic 5. Critical 6. Creative 7. Confident 8. Cultural If there's anything you can think of that's missing from there, I'd love to hear it. Seriously. These elements obviously overlap massively, but the important thing is that people can then go away into their particular context and co-create a definition of digital literacies with their colleagues and stakeholders. I believe from a change management point of view this has much greater power than a top-down imposition of someone else's definition who is, after all, operating in a different context. So you'll notice that I've been talking about digital literacies - plural - rather than the singular term 'digital literacy'. I think it's important to recognise that the digital world is diverse enough for there not to be a single digital literacy.

One advantage of the 'essential elements' approach is that you get interesting learning activities by considering two or more of the elements together. So here, for example, editing a Wikipedia article might be seen as contributing to the Constructive, Civic and Critical elements.

Example 2 - participating in a backchannel Or another: creating an audio, video or image mashup like the Obama video we saw earlier. That might include the Cultural, Cognitive and Creative elements. I haven't really got time to go into each element in any depth today - this is more of an overview. But if you're interested in any in particular please do ask me either in the questions afterwards of after the event.

I've recently joined the Mozilla Foundation. You might know Mozilla for the Firefox web browser. Mozilla is a global, nonprofit organization dedicated to making the Web better. We emphasize principle over profit, and believe that the Web is a shared public resource to be cared for, not a commodity to be sold.

I'm currently working on a Web Literacies white paper for Mozilla, looking at those skills and competencies that individuals need to not only elegantly consume but to make the web.

I've had some great feedback so far and hope to have a release candidate of the paper for the Mozilla Festival. I see web literacies as being at the overlap of Digital Literacies, Computer Science, Computational Thinking and Media Literacies: Building on the work of people like Cathy Davidson, Howard Rheingold, Jeanette Wing, and Henry Jenkins I've so far defined the following framework for web literacies. This includes both procedural and conceptual ends of the spectrum. Each rectangle on here is a competence, a collection of skills bundled together for a particular purpose. So, for example, we have 'Identity' which includes things like tracking and data ownership, and 'Browser basics' including bookmarking, extensions and add-ons, as well as viewing the source code of a web page.

Openness refers to a very general philosophical position from which some individuals and organizations operate, often highlighted by a decision-making process recognizing communal management by distributed stakeholders (users/producers/contributors) rather than a centralized authority (owners, experts, boards of directors, etc.)


- Wikipedia
I believe that openness, in all its guises, helps the world go round. I think that it's a concept that doesn't map nicely onto the political spectrum: you don't, for example, have to be a libertarian to believe that openness is a good idea. Openness isn't just about making sure that the file formats you use are in non-proprietary formats. Nor is about everything being free. Rather, it's a recognition that we never know where innovation is going to come from. We can't presuppose we know every detail of how things are going to play out.

Here's an example of an anonymous comment I got on the first full draft of my thesis. I think by the email address they may have been a Professor at a German university. There's no way I would have got such useful feedback had I planned beforehand who I was going to ask for it.

Let's look at another example of openness. This is figshare. It's a site that allows scientists and other researchers to be able to publish data that otherwise would have languished on hard drives around the world. Others can then build upon these findings. Journals, of course, usually want papers that show things that did work, not things that didn't. And that brings me to academic journals. In the UK recently there's been a vague commitment to academic outputs having to openly accessible. Some disciplines have gone much further with boycotts of publishers like Elsevier who make billions of euros every year:

Indeed, the richest university in the world, Harvard, can no longer afford journal publishers prices:

Openness isn't about tinkering around the edges, it's a fundamental way that the digital world works. People remix. People share. People collaborate. And that's how humanity progresses.